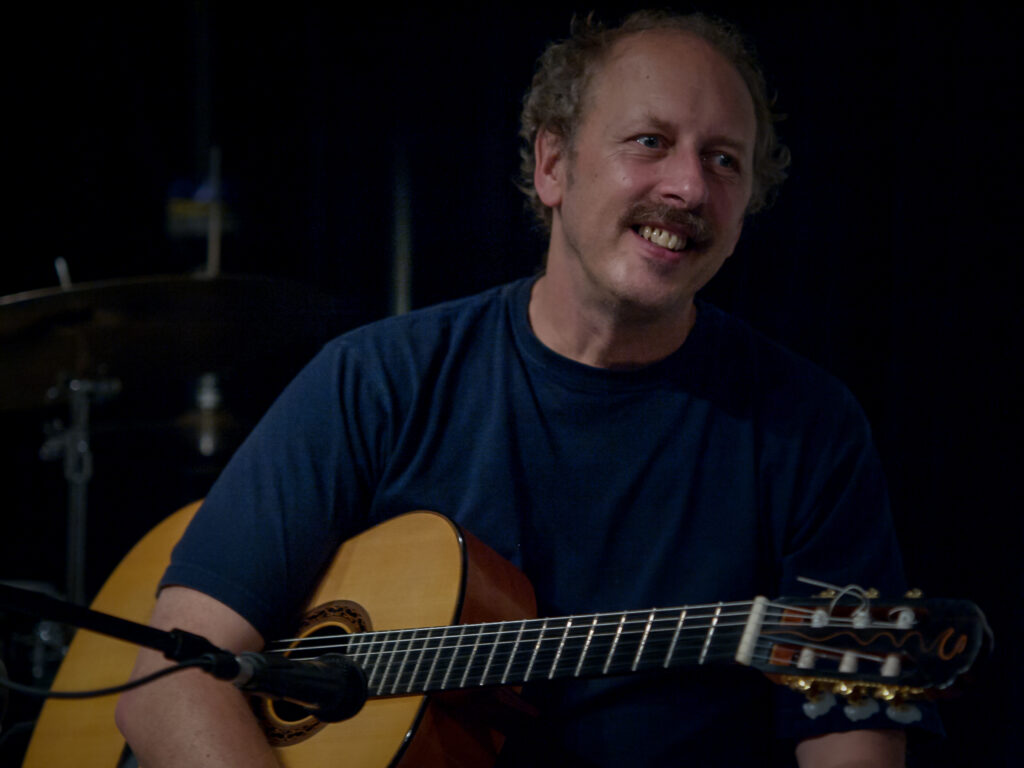 “Quite simply, Duck Baker is the premier American fingerstyle guitarist.”

Duck Baker is one of the most highly regarded fingerstyle guitarists of his generation. His repertoire ranges from traditional Irish music through old-time mountain music and bluegrass to blues, gospel, and ragtime to swing and modern jazz, to free improvisation, and while he is best known in the guitar world, he has made a reputation in several other camps, including the Celtic music world and the avant-garde scene. He explains this eclecticism by pointing out that folk musicians have always been more eclectic than folklorists want to admit, and noting that his approach to American music is similar to that of a classical musician to that tradition. Baker is also a prodigious composer, having written well over 200 pieces, mostly for guitar, and an even more prodigious arranger for the instrument. His recording career spans five decades and includes some 29 records under his own name, another 8 in duo or trio settings, and a further 32 appearances on anthologies or as a sideman. He has also authored 12 music books and a similar number of instructional videos.

Duck was born Richard R. Baker IV in 1949 and grew up in Richmond, Virginia. His teenage years were devoted to playing in rock and blues bands before becoming interested in fingerpicking blues and folk styles in local coffeehouses. Ragtime pianist Buck Evans was a major influence on Baker’s evolution, exposing the young guitarist to ragtime and early 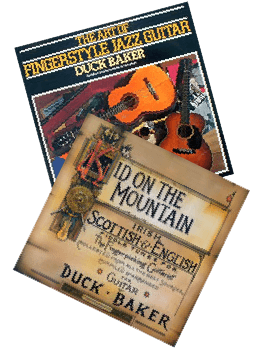 jazz at a time when the styles had largely been forgotten.

By the time he moved to San Francisco in the early seventies, Duck was performing the wide range of material heard on his first record, There’s Something for Everyone in America (Kicking Mule Records, 1976). During his San Francisco sojourn he worked regularly in a bluegrass band and also tapped into the flourishing swing/trad jazz scene. He learned to play these and other styles by working in groups, and arranged some of the repertoire learned in this manner for his solo performances. This has been Baker’s approach throughout much of his career, and it sets him apart from most fingerstyle guitarists.

Over the years, Baker has not only toured extensively in North America, Europe, Japan and Australia, but has used five different countries as a based of operations, primarily the USA, Italy, and the United Kingdom, where he now resides. Though he has to some extent curtailed his touring activities in recent years, he still finds time for some solo appearances, as well as gigging with his jazz trio/quartet and in duo with his wife, the acclaimed traditional vocalist Helen Roche.

Baker’s most recent recording projects include three releases on his own new label, Fulica (Deja Vouty, with his trio, Shades of Blue, in various duo and trio settings, and a solo record, The Preacher’s Son) as well as a solo recording dedicated to Thelonious Monk compositions and an ambitious project that features Baker and four other guitarists interpreting Baker’s own compositions in solo and duo settings (Pareto Sketches).

Among his records that have received the most critical acclaim in years past are The Kid on the Mountain, the 1981 release that was the first ever solo guitar record of Celtic music, The Salutation, the collection of Christmas music that many have cited as one of the best in the this very wide field, and Spinning Song, the CD produced by John Zorn dedicated to the music of the great jazz pianist/composer, Herbie Nichols. Acoustic Guitar magazine described Spinning Song as “one of the best guitar albums ever recorded – by anybody.”

“Duck Baker is a true genius of the guitar.”  – Stefan Grossman

“Duck has discovered a way to write which is purely and originally beautiful. I think he sets a standard we all can aspire to.”   – Leo Kottke

“One of the most interesting pickers around” – Chet Atkins