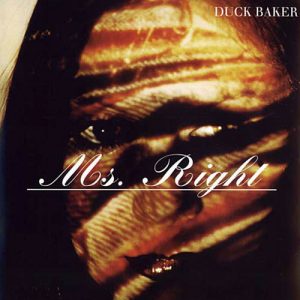 The often elusive nature of the woman of our dreams does little to discourage us from trying to find her, fortunately, and some of us cover a lot of ground in our quests. This is often seen as sad or even tragic, but the conventional view of relationships that don’t last a lifetime as being failures doesn’t take into account the potential for growth that these painful events afford. One of my favorite films, Jodorowsky’s “Santa Sangre”, depicts the hero moving through a battle-ground of broken love affairs towards self-realization. The title implies that the blood shed along such a trail of tears is something more than noble if one can follow it to the end. And what awaits those of us destined to such stormy passages? An inner balance that lets us feel whole as individuals and the realization that the single life offers singular beauties? Celibacy? Occasional flings? A sex-change operation? One certainly doesn’t stop dreaming of Ms. Right overnight, and I am in no hurry.

Painful events often lead to tunes, and there are four here that refer to former flames of varying intensity. One dream didn’t survive the “First Frost” that inspired the tune, but the others were more serious; they were all written over a period of time (the 80’s) when I was obviously an active seeker.

I was also active as a composer – most of the other pieces here are also from that period. The title “Putney Bridge” is an oblique reference to Billy Strayhorn’s jazz classic, “Chelsea Bridge” (a couple of bridges down the Thames) but musically the tip of the hat goes to Bert Jansch, whose trips to favorite haunts required frequent crossings from Fulham to Putney in those days. Like “First Frost” it’s a jazz piece in E minor. “Waltz with Mary’s Smile” is probably one of my best jazz tunes, featuring an extended structure with an unusual progression. “Ms. Right” seems very jazzy and contemporary, but underneath it all she’s updated ragtime.

“Digger and Ed” is named for Chester Himes’ protagonists in his wonderful series of Harlem detective novels. This is an E blues with Ellingtonian overtones (not to mention “Glow Little Glow-worm”). There are two gospel-style tunes, “Advent” and “He Who Waits” (in which I detect Abdullah Ibrahim’s
influence). “Susanna” has a very traditional feeling to it. Likewise “The Flowers of Belfast”, written after a trip to that unlucky city at a particularly tense time (Bobby Sands’ hunger strike was on) and titled, with a sort of back-handed irony, after the very light and lively “Flowers of Edinburg”. The flowers here are people, on both sides of the track, and the hopes they have managed to kindle in hopeless times. It is a compliment that this tune has been taken for a traditional tune, and a greater one that Irish bands have played it.

“Snapshots” is a recent tune written with Eric Shramek, a student of mine with a good riff-type idea and an infant son of whom I got to see new pictures every week. If his father, uncle, and grandmother are any indication, he’ll be a pistol. Also new is my arrangement of the traditional American ballad, “Saint James Infirmary”, which winds up being the most modern piece on the record.

I wanted to include a version of Dave Evans’ beautiful excursion in 7/8 and 7/4, “Squaring the Triangle”, even though he of course plays it better himself. Dave is one of the really significant guitarist/composer/arrangers around, but he has been even slower about recording this late-70’s composition than I have about recording mine, and it deserves to be heard. It is played in Dave’s favorite tuning, C-G-D-G-A-D.