The Art Of Fingerstyle Jazz Guitar 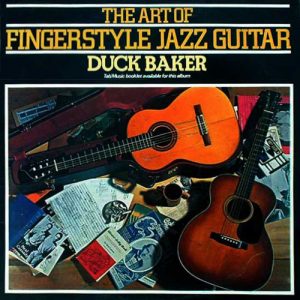 The Art Of Fingerstyle Jazz Guitar

CD re-issue by Shanachie Records in 1994
with revised Tracklisting

Now available from the Online Store

Ninety percent of the history of jazz guitar has been the story of plectrum style players. Eddie Lang, Charlie Christian, Django Reinhardt, Dick McDonough and George Van Eps all used flat-picks. Among todays well known players from Jim Hall, Joe Pass and Pat Martino to Diz Disley and Marty Grosz to Derek Bailey and Michael Jackson, plectrums are the almost unbroken rule. For some reason, she finger-style approach has not been developed to a great degree, which is unfortunate as obviously there are a lot of ideas and sounds that can be achieverl with fingers that can not be accomplished with a plectrum.

My own idols have always been piano players. I first learned about jazz from Buck Evans, a ragtime – stride pianist, who taught me among other things Joplin’s Maple Leaf Rag and innumerable traditional jazz stantlards. Since that time I have been trying to approximate many things that piano players do; from Jelly Roll Morton, James P. Johnson and Earl Hines to Elmo Hope, Herbie Nichols, Dollar Brand and Randy Weston. Nowadays, there are many guitarists who can imitate the “boom-chick’ sound of a ragtime pianist’s left hand and play the melody of a rag or traditional jazz or swing tune over it. Some like Pat Donohue or Dan Sadowski can get pretty hot and really improvise on swing numbers. But these people are all “folk’’ guitarists, at least as far as their backgrounds and venues are concerned. This approach, which is unashamedly folk based has until now been ignored by jazz guitarists.

In fact, white jazz musicians have totally ignored their whole musical heritage in this country. By contrast, all the great black players from King Oliver to Charlie Parker to Ornette Coleman have been solidly in touch with that bedrock of Afro-American music called “the blues’’. Small wonrler that black writers in the sixties attacked the superficial (in a cultural tense) attitude of many whites on the scene at the time. The only exceptions I can remember to this refusal so relate to white folk music were some nice records by Jimmy Giuffre with Jim Hall and one Charlie Haden solo that quotedl Old Joe Clark. Ironically, the same white jazz community went ‘‘ga-ga” in the early 1960’s trying to incorporate South American folk music in jazz. Is seems these people would have gone to the moon for musical ideas( and I don’t mean the way Sun Ra did!) rather than look in their own backyards.

As a result, she only finger-style guitar playing in the last forty or so years of jazz has been derived from the classical approach and while some of the resulting music, notably CharlieBryd’s best playing has been worthwhile, the classical approach to anything in jazz, whether an instrumental technique or a whole method of composition, has had a pretty bad track record. It is really not too useful to think of jazz as anything but a folk music and the uninteresting results of the ‘‘third stream” movement have proverl this. So, while Laurindo Almeida is certainly a wonderful guitarist, I think his playing has less so do wish jazz than for example, a folk-country player like Merle Travis.

In the beginning, there was some fingerpicking. Eddie Boles, a near 100 year old guitarist now living in Iowa, was on the scene in New Orleans at the turn of she century and he plays with his fingers. Blind Blake, who recorderl with such jazzers as Johnny Dodds in Chicago in the twenties, was an incredible guitarist by any standard and more of a jazz musician than anything else. (He’s usually categorized as ‘ragtime-blues’). Certainly the best jazz soloist on guitar before Charlie Christian was Lonnie Johnson and he used his fingers at least part of the time. By the mid-thirties, though, finqerpicking had vanisherl, except for a few fantastic tides by the great Argentine guitarist, Oscar Aleman, at the end of the decade. Since then the only non-plectrum approach from within the music has been Wet Montgomery’s none too obvious method of playing with the thumb.

In jazz, working in an area with a relative lack of instrumental tradition can be a real advantage, It makes it difficult to be overly derivative, after all, when one’s sources are musicians who play different instruments, because translating ideas from one instrument to another usually changes them considerably. What Earl Hines called his “trumpet-style piano”, inspired by Louis Armstrong, is a good example of this. This is in fact, an idea very useful for fingerstyle guitarists, where melodic statements are necessarily economical and trumpet-like rather than elaborate and saxophonic. It is the minimallist nature of the instrument a guitarist must do with three or four notes what a pianist normally rloes with six or eight – that is the great challenge and appeal of it for me.

Of the tunes here, Gershwin’s Summertime is probably the best known; enough so to have been considerably overdone through the years. I wanted so return is so the folk-like simplicity the original setting in Porgy And Bess called for.

Take The A Train was another swing era hit for Duke Ellingson, written by Billy Strayhorn. Strayhorn was the Duke’s right hand man for years and his writing and arranging styles were so close so Ellington’s as so make him not so much a protege as an alter ego. I don’t even know off hanrl which of the two wrote In A Sentimental Mood. This tune has been especially favored by sax-players. Johnny Hodges, Ben Webster, Sonny Rollins, John Coltrane and Archie Shepp have all recorded memorable versions.

Stompin’ At The Savoy is credited to Benny Goodman, Chick Webb, Edgar Sampson and Andy Razaf. The Savoy was the Harlem ballroom where Webb held sway in she late 1930’s. Is is certainly one of the really great swing tunes with a surprising bridge that sounds almost be-boppish.

Sweet And Lovely is a standard that I learned from a Thelonius Monk album. As he often does. Monk added a little bitter to the sweet and made it more lovely. Tintiyana is from Dollar Brand or Abdullab Ibrahim, the South African pianist who combines African folk music with a beautiful modern jazz style in creating some of the most direct and rewarding music to be heard today. His solo records are especially recommended.

You’re A Lady is a John Coltrane composition. It is interesting to note that there are tunes that Coltrane managed to get onto record dozen of times (My Favorite Things, Impressions, Naima) while some others like his celebrated Giant Steps only appear once or twice in his exhaustive discography. The only recorded version of You’re A Lady appears on Coltrane Live At Birdland, recorded during his modal period. My own modal playing is of course very different so Coltrane’s and the way that I have worked out of the modality probably owes more to the music of Dollar Brand, but no contemporary musician can have failed so have been deeply affected by Coltrane and I am no exception.

Of the originals, White With Foam is the most “free” and also the oldest, dating back so 1974. The term “free” here applies only harmonically. Structurally this instrumental is a bit of updated ragtime and represents the way I was trying to work out certain problems – both musical and non-musical – at that time in my life.

Everything That Rises Must Converge is also from Ms. O’Conner. Is was in fact, the title of her last collection of stories. Stefan Grossman and John Renbourn have recorded a somewhat different version on their second Kicking Mule duet album. Southern Cross was written on tour in Australia; hence the title. It is dedicated so Wayne And Ted Poole.

Yes Yes and Good Intentions remind me of 1950’s post-bop tunes. The former is a blues with some odd changes. The latter is dedicated, as Mingus once said, “to all mothers”.

I would like so thank Dave Evans, Davey Graham and John Renbourn for various encouraging remarks without which I might have felt I was trying to do something impossible. Also to Stefan Grossman, who not only encouraged me but rode herd on me as well and lent me the OM-28 heard on the record. Finally thanks to engineers John Verity and Nic Kinsey at Livingston Studios. 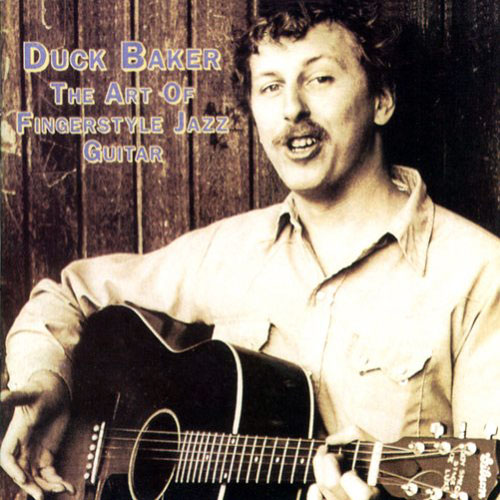