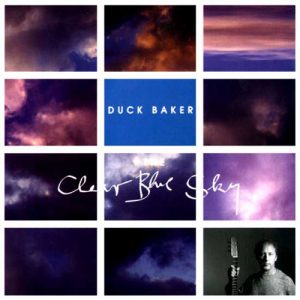 The original tunes on this album date from as early as 1981 to as recent as 1993. Most would fit somewhere in the continuum from blues to jazz, but there are a few other sorts of things.

“The Rakes of Waterloo” is a contemporary Irish jig, if the union allows for Americans writing them, and “The Road to Richmond” is a bluegrass-style fiddle tune, if guitar players can write those.

Then there’s “Harvest”, inspired by traditional African music.
“Harvest” was probably the most demanding of the pieces here to compose, and it’s the most difficult for me to play. Yet it’s structure, which is like a complicated ragtime form with space for improvisation, was very clear to me when I started working with it. Normally a clear grasp of a piece’s structure means clear sailing, as far as composition goes, but not always.

Certainly the simpler tunes here (again in terms of structure, not difficulty of execution) tend to be the more carefree in feeling. “The Road to Richmond”, is in this category, as are the two blues tunes “Crawl, Don’t Walk” and “The Cure”. It’s great fun putting quirky chord changes into blues progressions. “TGV” is also a simple structure, though the relatively complex melody, parallel-motion harmony and 5/4 tempo may obscure that fact. Likewise “Waterloo” remains true to the standard repeating 8-bar phrases of a jig, with a few rhythmically adventurous passages thrown in.

“Cross Keys” is an open structure, like a call-and-response where the response is improvised, with a middle eight bars that are set. The title refers to the harmonic structure but also to a place name in the sort of alternative Virginia history I got into when I moved back there in 1991.
“Baja Maria” is the same kind of title, and is a more elaborate, ballad-type of composition, as are “The Clear Blue Sky” and “The Bachelor’s Waltz”. This last is dedicated to Tony and Frank and time passed at the “Hotel Florian” in Putney. “The Rakes of Waterloo” is for Pat Kilbride
(who contributed the title), Kieran Fahy and Dave Evans.

“Amnesia in Trastevere” is in some ways the most modern of the pieces here, and maybe the starkest. The title was taken from a Gregory Corso poem, “Amnesia in Memphis”, and moved to a part of Rome I used to spend time in, with a cast of characters that briefly included Corso.
“Night Shift” features a complex melody over a simple bass line.

Salif Keita is a contemporary musician from Mali whose records feature very elaborate, and very effective arrangements with all kinds of modern elements including synthesizers. His ‘Soureba” is one of the best pure melodies I’ve heard in years. I used some ideas from John Renbourn in the middle section I added here.

Thanks to Peter, Odile, and Molly.