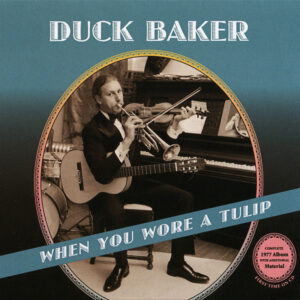 • CD available from the Online Store

When You Wore A Tulip was my second LP for Kicking Mule Records and the only one that was never reissued on CD, for whatever reason. It is rereleased here with additional tracks that were recorded at an April 1976 concert near Paris, which was part of a tour by Kicking Mule artists headlined by Stefan Grossman. Also appearing were Art Rosenbaum and Happy Traum. This was my first tour in Europe, and those in attendance on this occasion included banjoist Bill Keith and a young, unknown guitarist/mandolinist named Pierre Bensusan. To say that this was all exciting for me would be an understatement! These live tracks were first issued on a limited edition cassette called Both Sides that was released by Stefan Grossman’s Guitar Workshop in 1987.

This album was drawn from the same 1974-75 sessions that produced my first KM release, There’s Something For Everyone In America, along with a few tracks recorded in late 1976. In those days Stefan Grossman was very much a Duck Baker fan and had me in the studio every few months, if not for material for my own solo records than to record material that would come out on KM anthologies or as a sideman. I got very spoiled, in a way, and never again would have I had the luxury of a producer and label who would record pretty much every new fingerstyle arrangement that I came up with, though Peter Finger did go a long way towards filling that gap for me in the 1990s, with his Acoustic Music label.

Like There’s Something For Everyone, When You Wore A Tulip reflected the stylistic mix of my performing repertoire of that time. At Stefan’s suggestion my later KM records focused on a specific style; first swing, then modern jazz, then Irish and Scottish tunes. And I mainly kept to the latter approach all the way through to The Roots and Branches of American Music, in 2009.

I have made a few minor corrections to the original liner notes but mostly left them as they were (even though some of the humour seems dated after 40 years).

…. After a couple of warm up numbers Stefan introduced Duck Baker. He got halfway through You Took Advantage Of Me before the murmurs of disbelief at his dexterity filtered back through the audience to the back of the cramped hall.
The awestricken heads continued to shake gently as he whisked through numbers by Jelly Roll Morton, Fats WaIler, and Louis Jordan, Switching styles effortlessly. It’s astonishing to think that in the States he once was a carpenter!”  – SOUNDS

Duck Baker is a true genius of guitar. On our last tour together we travelled throughout Europe and in every concert hall Duck’s music brought the audience to their feet. He has an enormous repertoire that spans from folk music to big band numbers to modern jazz. He can take a simple theme and expand upon its melody until new areas are reached. Likewise he can play an old standard and show a variety of ways how the tune can be presented.

I suppose what I enjoy most about Duck’s playing is that one is always impressed by the music and not the technique involved. Duck’s arsenal of guitar styles and techniques is very impressive but he manages to use these tools to further his music as well as his audiences’ enjoyment of his performance.

This is Duck’s second solo album. His first, There’s Something For Everyone In America (KM 124/SNKF 116) established him as a major contemporary guitarist. This second album is even better. Its full of hot picking and wonderful arrangements. His playing is full of warmth and humor. He can make you laugh with his “Two Cats With New Shoes” as well as sway your hips with the “Plymouth Rock”. In each tune Duck presents the theme and then improvises in and around and on top of the melody. It is fantastic listening and something that is amazing to see in concert.

I look forward to putting together Duck’s next album as he is full of surprises. He sings. He tells jokes. And he even writes songs. We’re trying to get it all on record but he always seems to be several feet ahead of us. I’m sure you will enjoy this album and for those guitarists Duck has transcribed quite a few of the tunes. So, happy picking.

About half the tunes on this record are jazz standards, most of which I learned while living in San Francisco, either as duets with another guitarist, Tom Keats, who showed me a lot about jazz chording or from playing in bands led by Robin Hodes or the inimitable Larry Stein. “You Took Advantage of Me” and “Thou Swell” are Rogers and Hart tunes. “Honeysuckle Rose” is one of Fats Waller’s best tunes.

“Liza” is one of George Gershwin’s classics which I learned from my father-in-law, William Shoup. “Back Home Again In Indiana” comes from James F. Hanley, and “Up a Lazy River” from Indiana native Hoagy Carmichael. Both great tunes to play on and well loved by jazz musicians. “When You Wore a Tulip” is another old pop song, written by Percy Wenrich. I think I’ve known this one since I was a kid, but was inspired to work it up by a Bunk Johnson recording.

“The Drunken Wagoner”, “Angeline The Baker” and “The Boys Of Blue Hill” are fiddle tunes. “The Drunken Wagoner” is from the Midwest, proof, I guess, that that part of the world is good for something. I learned it from that peerless source of good tunes, Art Rosenbaum. “Angeline” is a folk version of a Stephen Foster song which I learned from a record by Franklin George. “Boys of Blue Hill” is an Irish Hornpipe which, contrary to my habit of playing hornpipes like reels and vice versa (hornpipes have a jumpier, dotted eighth-note rhythm), is played like a hornpipe. It’s a popular tune for guitarists; I first heard Dale Miller’s arrangement which he plays in the key of G and Gordon Bok has recorded a lovely version in D.

The other pieces here are originals, all of which, except for “Rapid Transit Blues”, were composed – if that’s really the right term – between 1967 and 1969. “Rapid Transit” was worked up in the studio in 1975. “Grace Street” is a somewhat whimsical piece named after a Richmond, Virginia street which became hip – that is, they moved out the bums and winos, tore down the old buildings and started putting up boutiques and record stores – about ten years ago. You could say that the titling of this piece is ironic in intent. “Plymouth Rock” is a souvenir of my rock and roll days named, naturally, after my car.

“Two Cats With New Shoes” is one of a couple of dozen pieces composed jointly with Bill ‘Sunshine’ Draper, who holds a P.H. Dada degree in parapsychological studies from Alfred Jarry Technical Center in Short Pump, Virginia and has written learned tracts on a wide variety of erudite and arcane subjects, such as “Whist Variations of the Lower Yucatan” and “Speed Reading Among Hermaphrodite Crocodiles” to name the two most famous. “Was” and “Cousin” are modal pieces and the titles are purely personal references about which I could write a thousand words of explanation and they still wouldn’t make sense to anyone else. 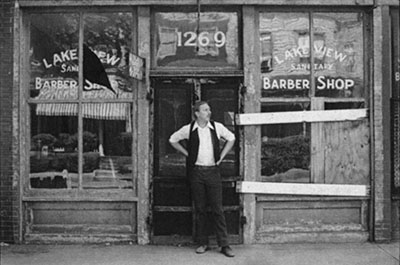 The guitar tablature booklet that accompanied the original LP is available as a .pdf file at duckbaker.com 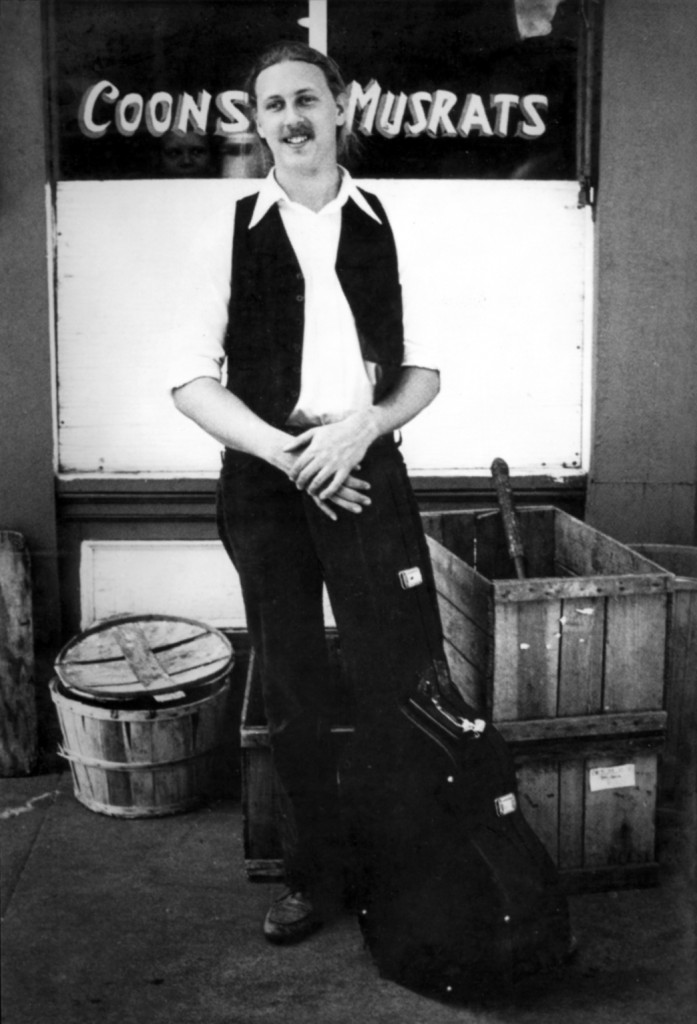