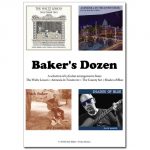 Guitar Music and tablature of 13 arrangements from featured CDs

END_OF_DOCUMENT_TOKEN_TO_BE_REPLACED 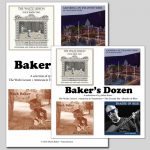 Guitar Music and tablature of 13 arrangements from featured CDs

PLUS all 13 Titles in MP3 format

END_OF_DOCUMENT_TOKEN_TO_BE_REPLACED 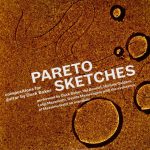 This book presents the 21 pieces that were included on the 2-CD set Pareto Sketches, all of which were composed by Duck Baker. The recordings consist of solo and duo performances by Baker and four other guitarists. Mandolinist Massimo Gatti also joined for duets with four of the guitarists. The music here is what the players involved worked with, not necessarily what they performed; since many of the tunes were jazz-oriented, not all of the performances followed the original arrangements 100%. MP3 guide tracks that give a very basic idea of how the tunes sound are included.

When You Wore A Tulip – Tablature Book (PDF) 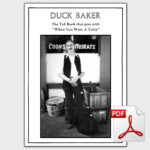 Tablature Book for When You Wore A Tulip

END_OF_DOCUMENT_TOKEN_TO_BE_REPLACED 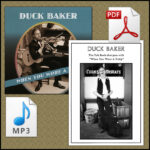 Special price for both: £10 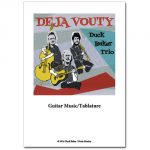 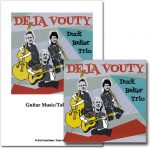 Get the Deja Vouty Music Book for only £8 when purchased together with the MP3 download of the complete album.