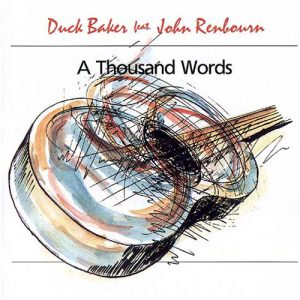 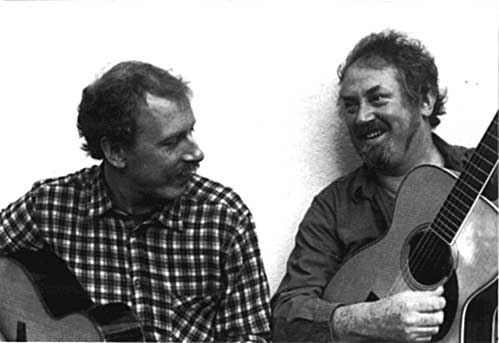 I thought for years that Duck Baker was one of those country blues players, one of those musicians who bore everybody to death unless they’re geniuses. (It’s a very tough school of music.) But a couple of years ago, Duck sat in my house— he was in town to help me record some music for a children’s record— and asked me what I thought of THIS stuff … and he played >A Thousand Words<.

Here’s what I think, after that first shock: Duck has discovered a way to write which is purely and originally beautiful. I think he sets a standard for composition that everyone can aspire to, and that he’s recognized his obligation to the composers and musicians before him by learning the best they’ve had to offer. That night at the house Duck played one after another of these tunes— he has tons of them— each distinct from the others and as variously filled-out and complete as snowflakes. Just listen. They’ll tear your heart out.

I’ m honored to introduce to you the music of Duck Baker.