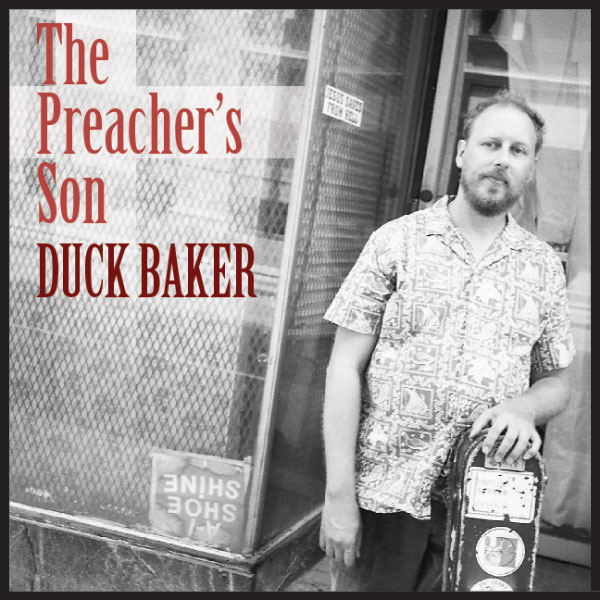 Buy the CD from the Online Store

This record was conceived as a follow-up for The Roots and Branches of American Music, which was released in 2009 on the Les Cousins label, and recorded over the next couple of years. But by the time it was finished, two things had happened. One was that CD sales were doing so poorly that it would have been difficult to structure things along the same lines as those used for my other releases on the label, and the other was a dramatic decrease in my touring schedule owing to health issues. It has taken a little time to find another approach that seems feasible, for getting the music out there.

As was the case on The Roots and Branches, the material here is a stylistic cross-section that includes everything from traditional Irish tunes to modern jazz. It was also conceived in part as a sort of tribute to my old friend, Davy Graham, who left us in late 2008. I got to know Davy when I lived in Fulham in the late 1970s, and while he did not influence my playing in the way he had the British players who had come of age during the previous decade (Martin Carthy, Bert Jansch, John Renbourn, Archie Fisher, etc.), he certainly impressed me both as a musician and as a unique and unforgettable human being. I particularly liked Davy’s approach to soul-jazz material, but we talked about all kinds of music, and he taught me a few of his own tunes, one of which, “Forty Ton Parachute,” is heard here. Horace Silver’s classic, “The Preacher,” is one that Davy liked to play, though my version is completely different from his. He also claimed that his version of the well loved Irish set dance “The Blackbird” was based on mine, but while I took that as a compliment, I could not hear that much similarity in his approach. Anyway, I’m glad you enjoyed it, mate, and hope you’re still doing things with it, wherever you are.

My version of “Callaghan’s Hornpipe” was learned from a recording by the great Kerry fiddler, Padraig O’Keefe, and I probably learned Carolan’s “Bridget Cruise” from a record as well, though I no longer remember which one. I got both “Boatman” and “Angelina Baker” from the classic LP West Virginia fiddler/banjoist Franklin George made for the Kanawha label in the 1960s, a record which made an enormous impression on me, and recorded a version of “Angelina” on my second LP back in the mid-70s. I learned “Chicken Ain’t Nothin’ But a Bird” from Dan Sadowsky when I used to play with him in Boulder and Denver in 1975. He recorded his version with the Ophelia String Band back then, and I did a version with fiddle and bass on my 3rd LP. Tim O’Brien, who played fiddle and mandolin in that excellent aggregation, wrote “Kit’s Waltz” for his wife, and taught to me sometime in the 1970s. “Maybelline” is a souvenir of my days playing in rock bands in the 1960s. The only earlier recording I made was on a cassette than only came out in the 1980s in Germany, called You Can’t Take the Country Out of the Boy (now rereleased on The County Set, this record also includes an earlier version of “Kit’s Waltz”). “I’m in Love All Over Again” and “Way Down Yonder in New Orleans” are swing jazz arrangements I have played for decades but never got around to recording. The former I learned from a Wingy Manone record, and the latter is such an oft-performed standard I have no idea where I first heard it, though it was written back in 1922 by Turner Layton and Henry Creamer. The great arranger/composer/trumpeter Sy Oliver wrote “For Dancers Only” when he was working for Jimmie Lunceford, and it became the Lunceford band’s theme, but this arrangement is based on the indelibly hip version that pianist Junior Mance has recorded several times. The other jazz arrangement is the Jimmy Van Heusen standard, “Like Someone in Love,” played in a somewhat more modern style.

I arranged “Behold That Star” when working on a book of gospel arrangements in the 1990s, and only learned after the fact that it was composed by the great African American folklorist and scholar, Thomas Talley. “Rye Whiskey” was also worked up for a specific purpose, which was to sing it in the band The Expatriate Game, which I formed in 2004 with Maggie Boyle and Ben Paley. Maggie did most of the singing, but announced right away that she didn’t intend to do all of it. I certainly miss that band, and Maggie, but we did have some great times together for a few years, anyway. Finally, I wrote “The Blood of the Lamb” in about 1985. I have performed it hundreds of times and recorded it a couple of times both live and in studio, but I never get it just the way I want it. The live version here comes closer than the other recordings, though.